Saturday morning saw Porsche row at Cars&Coffee filled shortly after 6 AM. By the time I pulled in at around 6 AM, there were only a half-dozen spaces remaining, scattered throughout the row. And as I was making my way over to the catering table for my weekly donut and OJ, those remaining space were reduced down to just two.  By 6:15, the entire row had been filled, but not entirely by Porsches. The last two cars were a Mini Cooper and a sunbeam tiger, both friends of the owner of the Mini that was already parked when I arrived.  While finishing my donut and talking with several friends, we noticed a red sports prototype pass behind Porsche row and come to a halt on the outside end of our row. From what I could see of the car under the early morning darkness, it looked to be a mid 60’s vintage Ferrari race car (perhaps a P3 / P4 model), so the next question was what is it, and is it the real deal?

The middle of Porsche row was occupied by several very cool, mid sixties vintage Porsches; one a pristine red,1966 911, and immediately to its left, a white, 1966 Porsche 906 Carrera race car, both frequent visitors to this event. 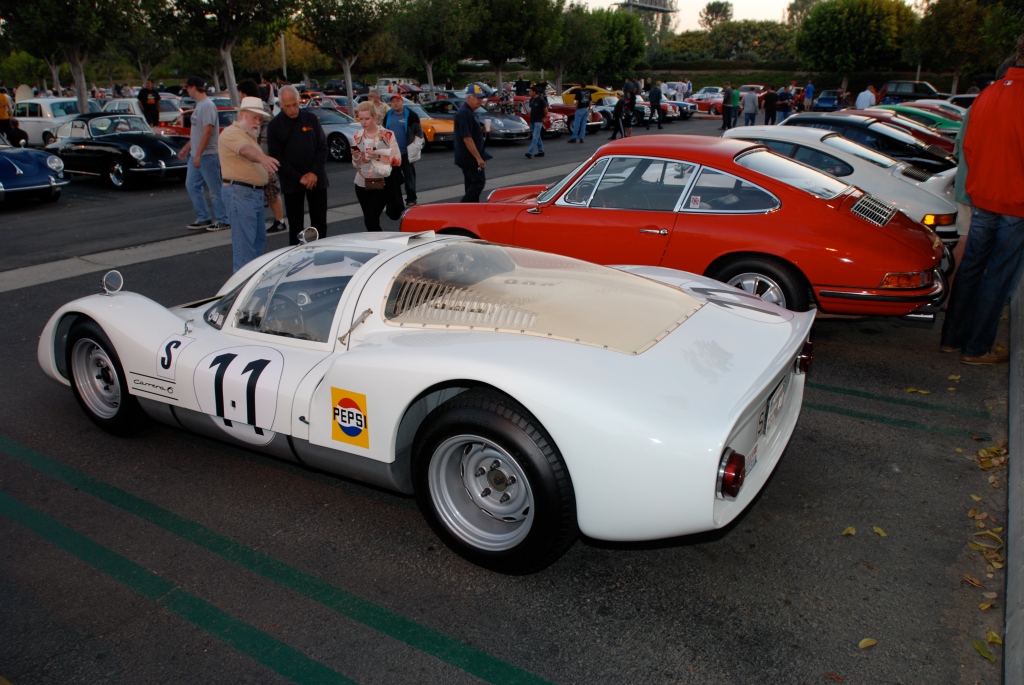 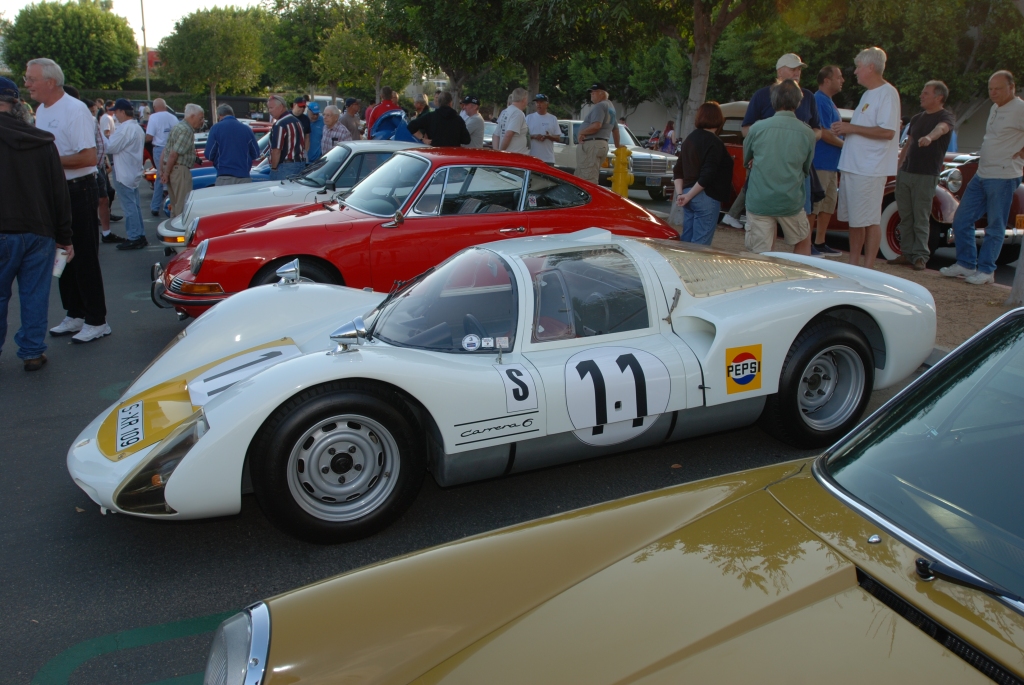 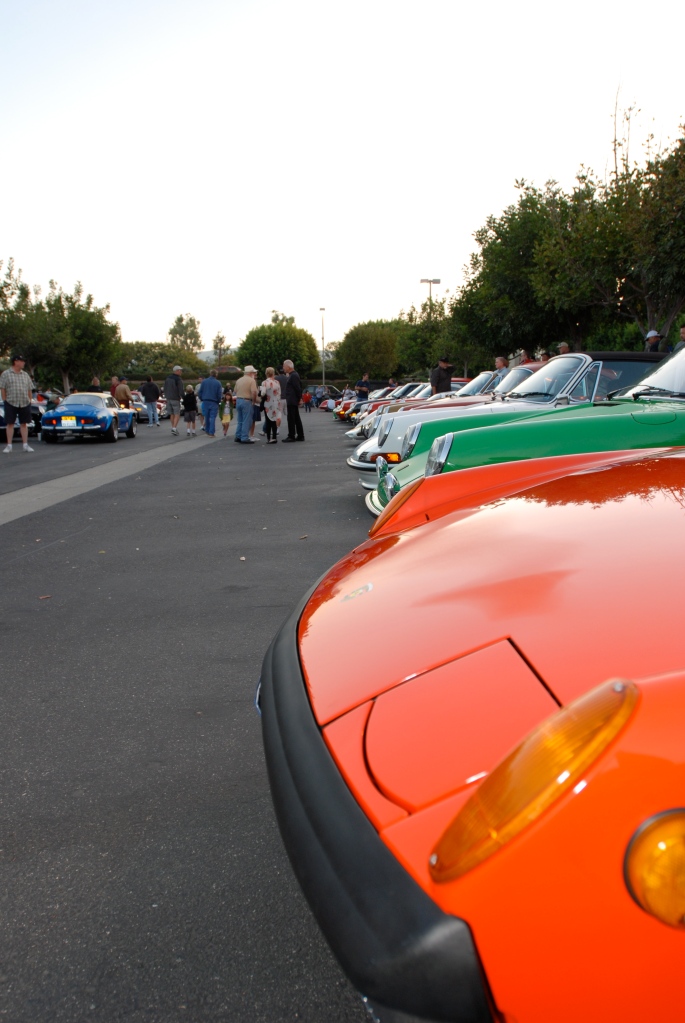 Hidden away towards the west end of the row was yet another surprise; a blue, 1950’s vintage Porsche 550 Spyder, one of several late arrivals to Porsche row… 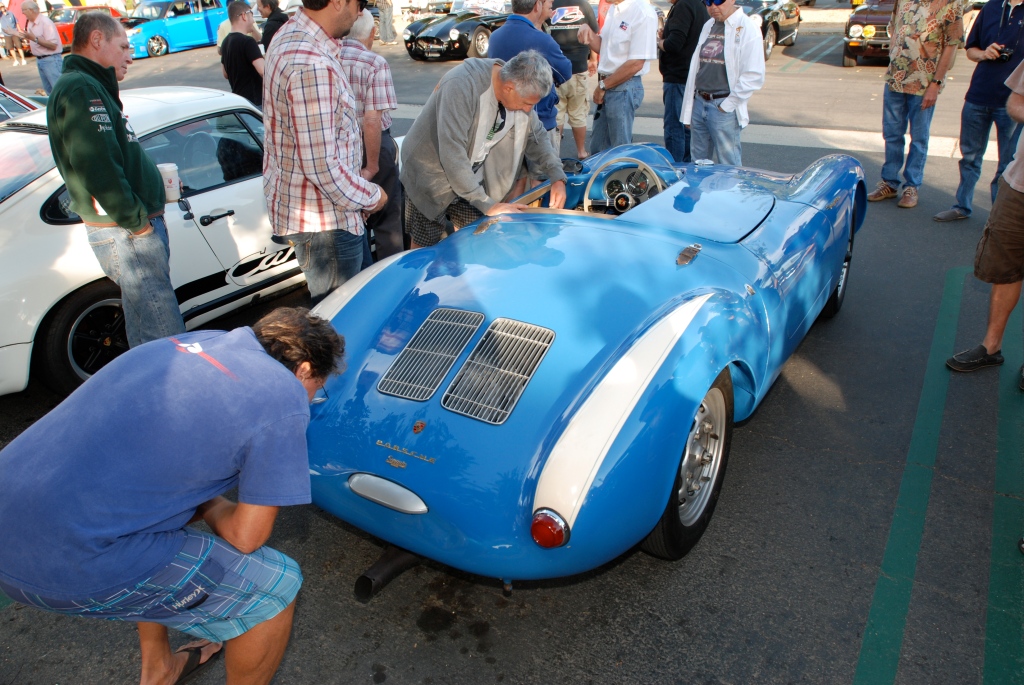 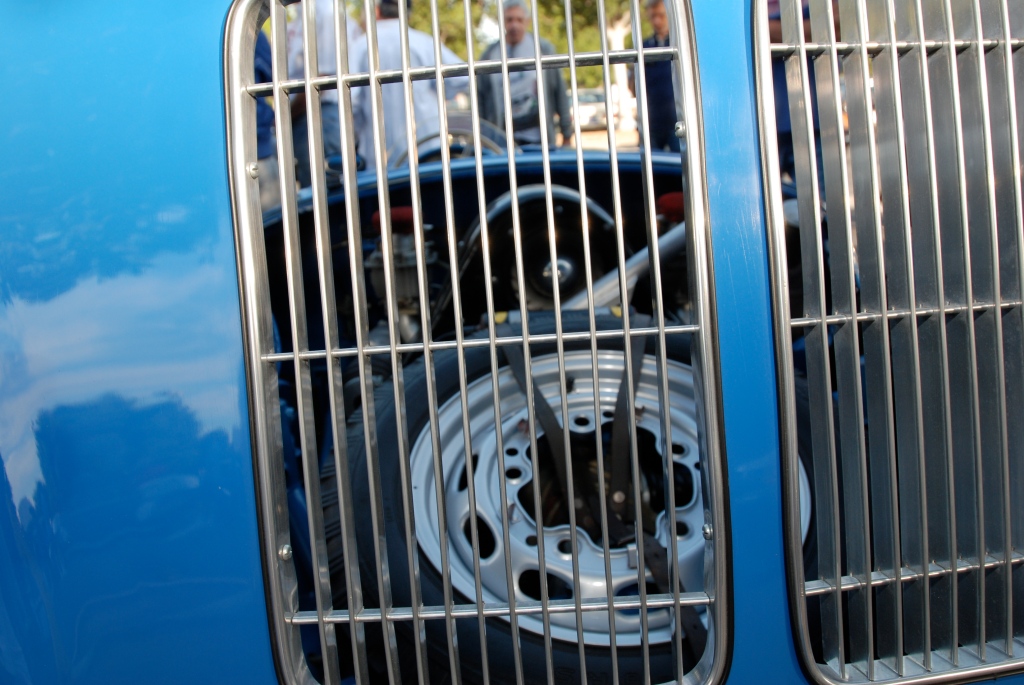 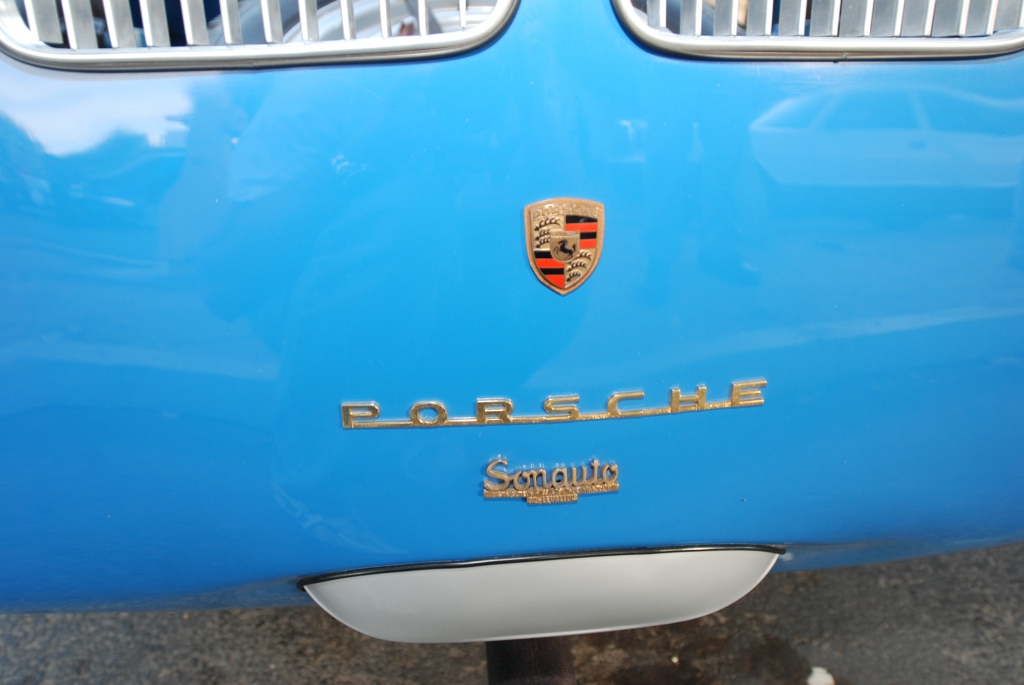 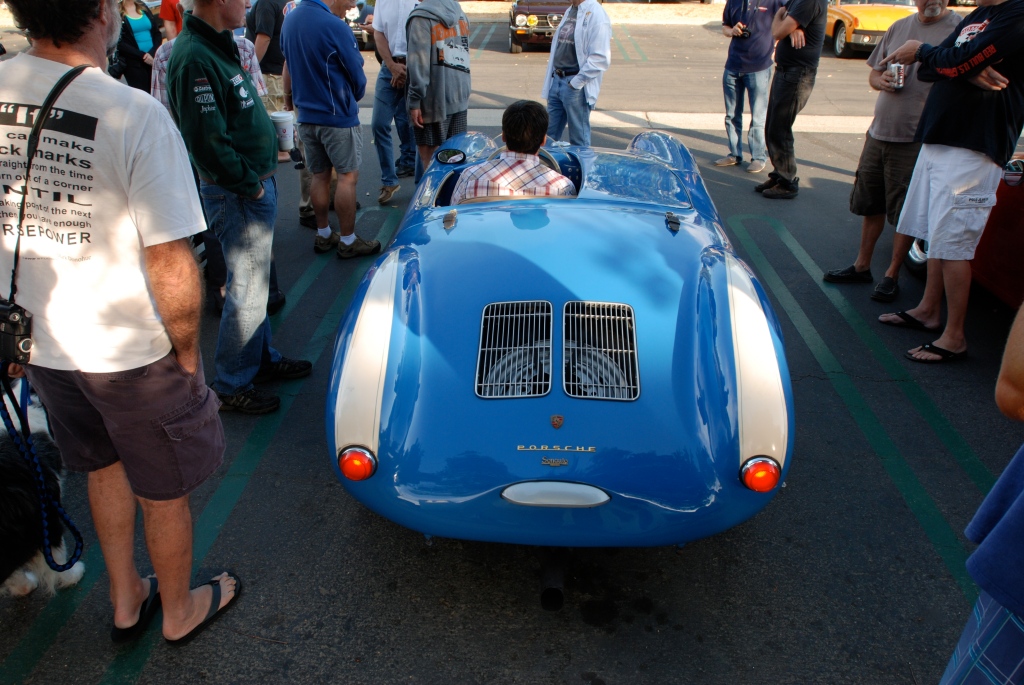 Another of the late arrivals, but relegated to parking out on the last row of the lot, was another rare, 1960’s vintage Porsche; the green 356 Carrera 2 as seen below… 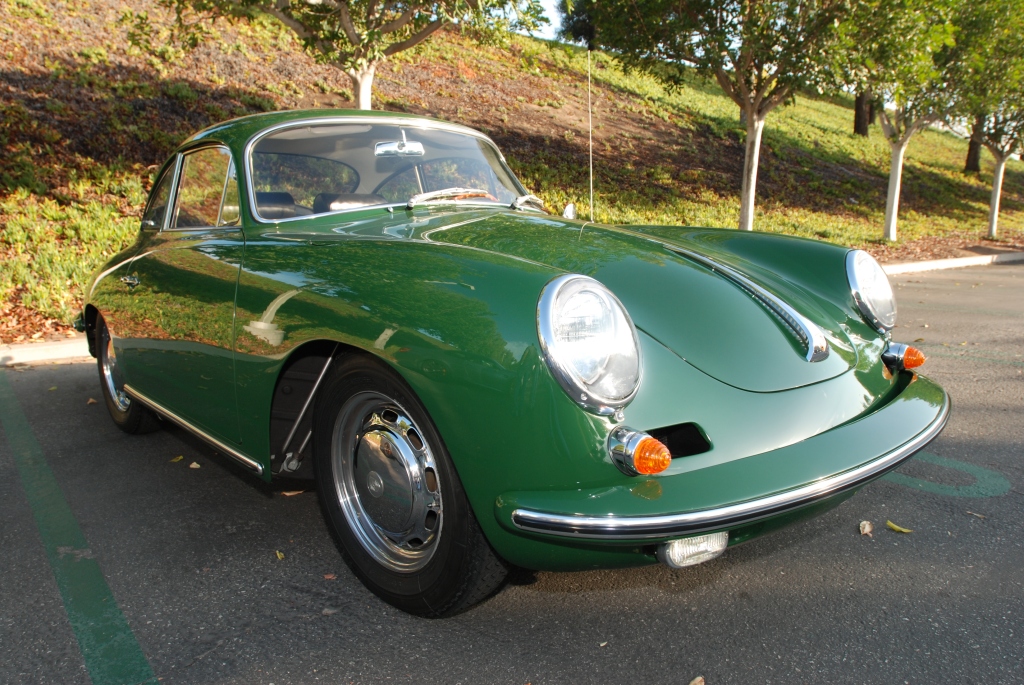 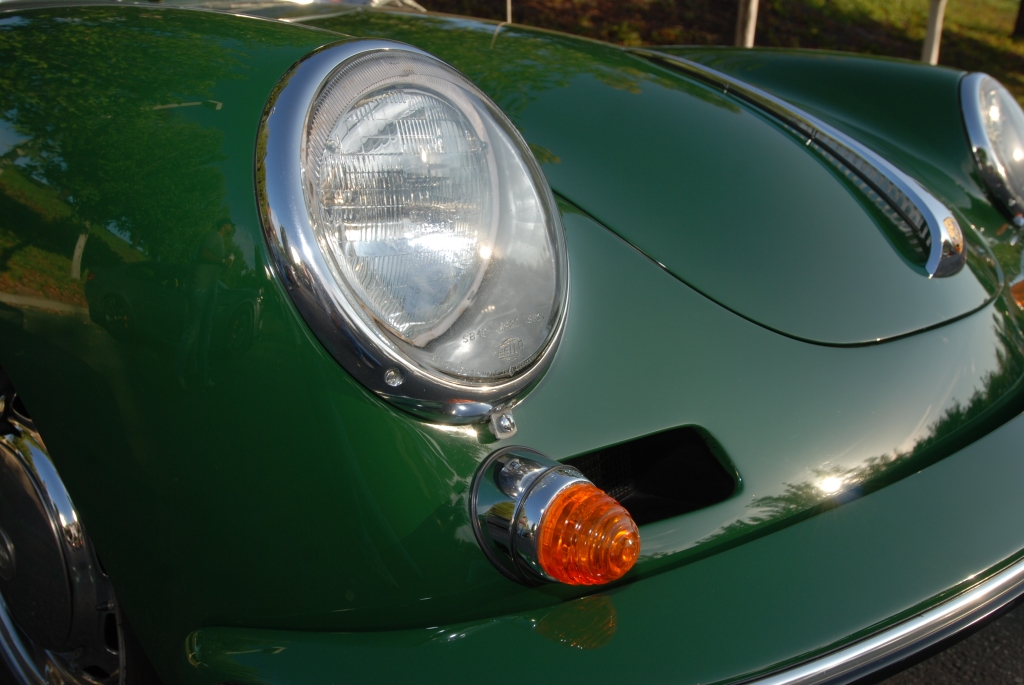 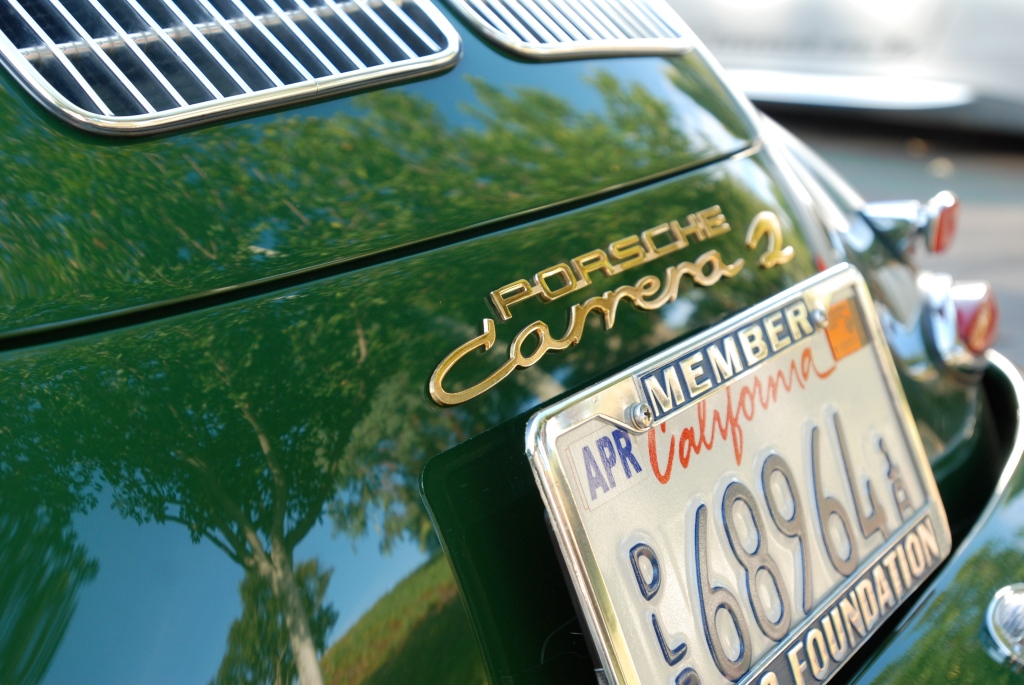 And rounding out the assemblage of late arrivals, was this always impressive and historically significant, blue 1964 Porsche 904 Carrera GTS as seen below… 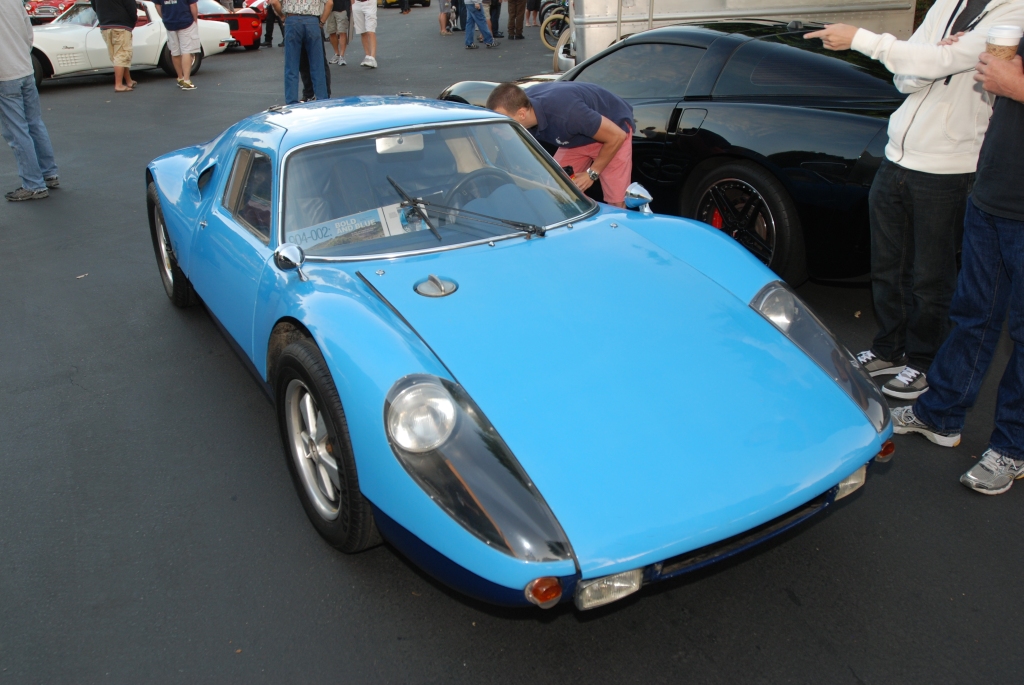 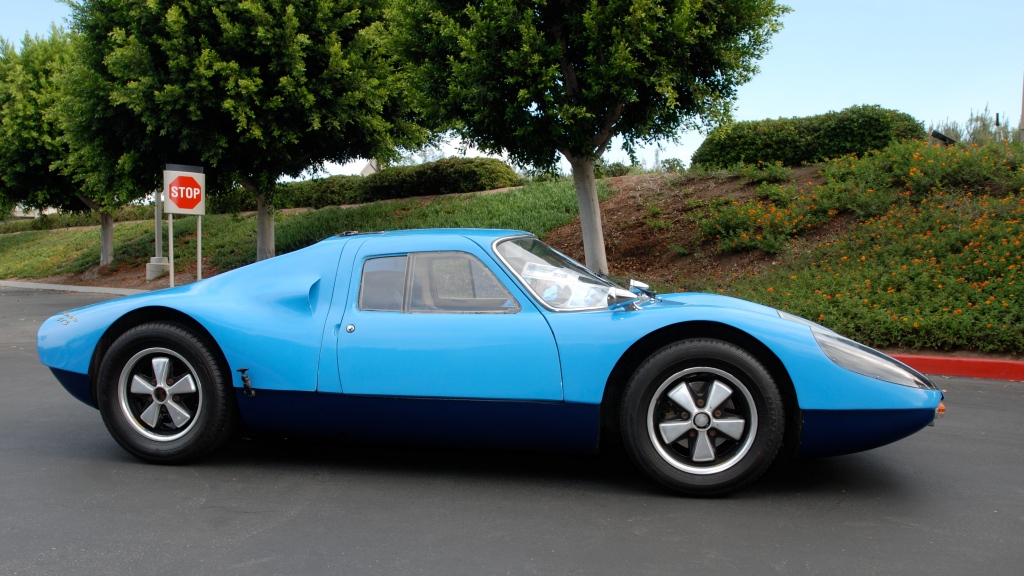 For those unfamiliar with this particular car, this is 904-002, a car not only designed by Ferdinand Alexander “Butzi” Porsche, but the one that served as his personal car, with many unique design features found only on this car. 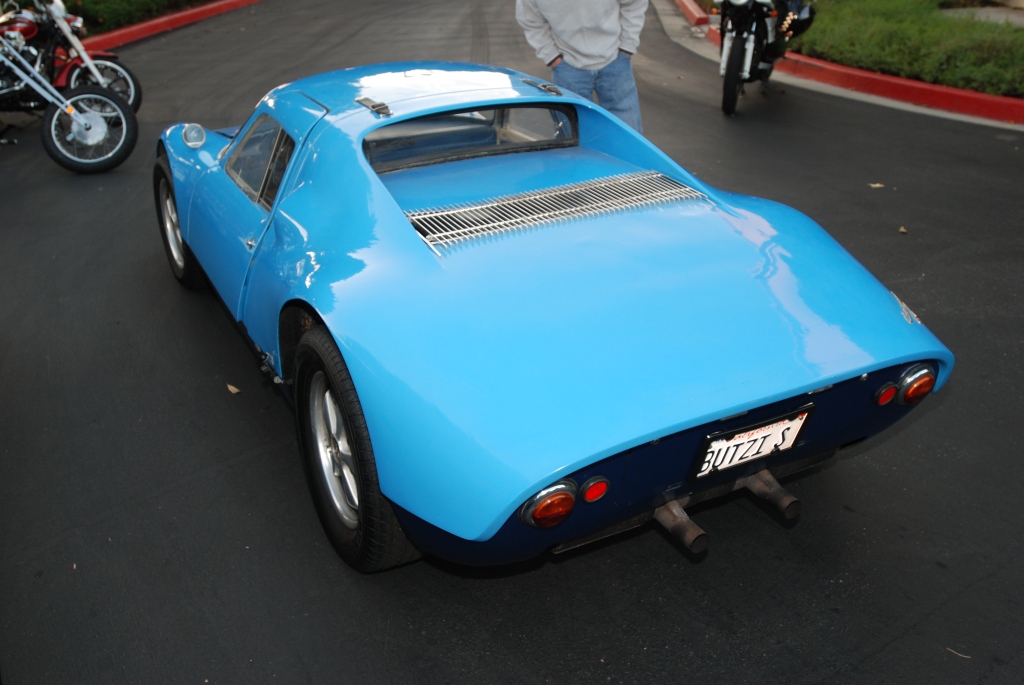 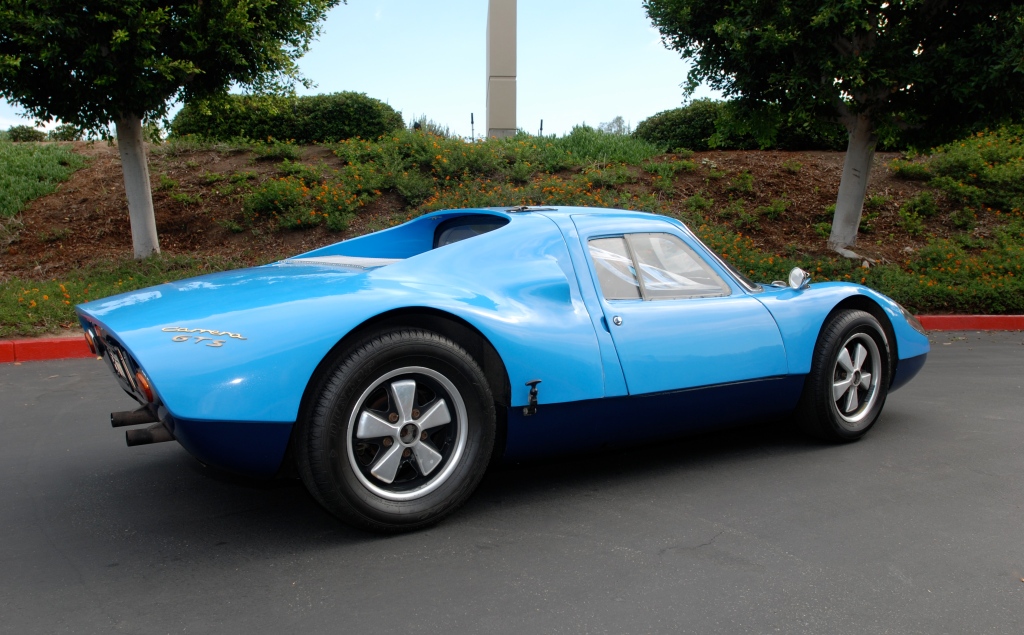 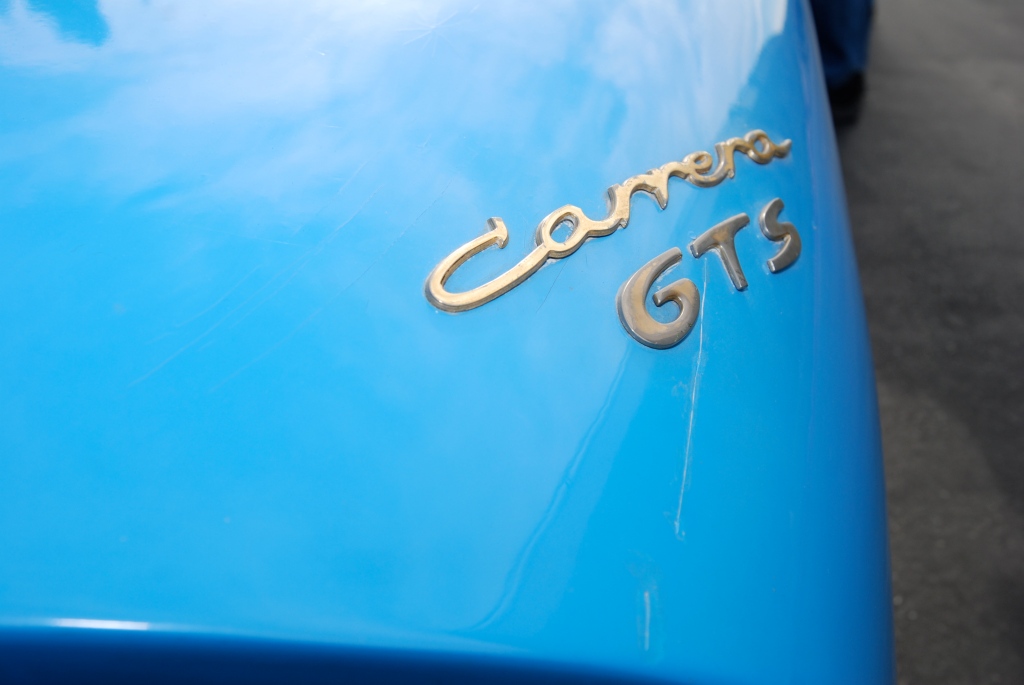 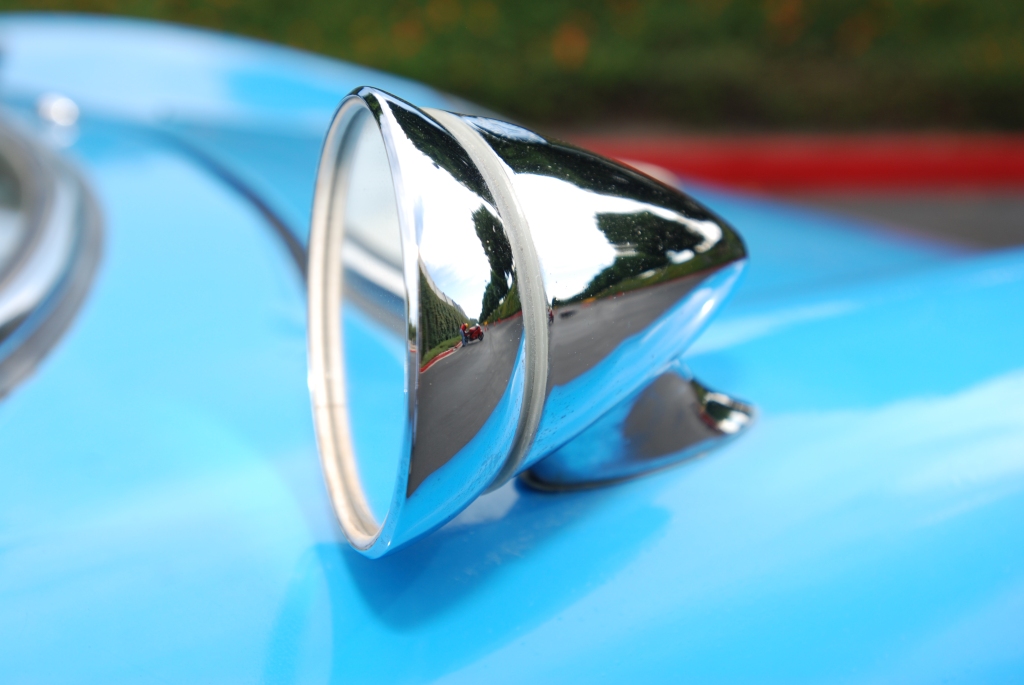 Now back to the mystery Ferrari; while still under the cover of darkness, I made my way towards where it had been parked. 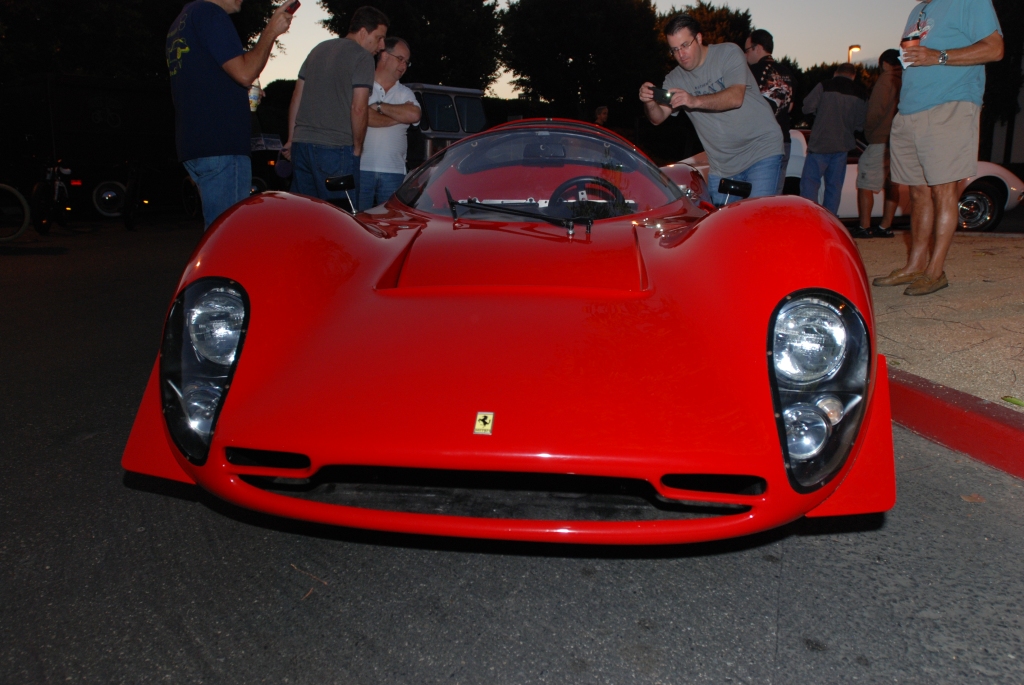 Walking around the car, it sure looked like the Ferrari Prototype race cars I had seen in magazines from back in the 1960’s. 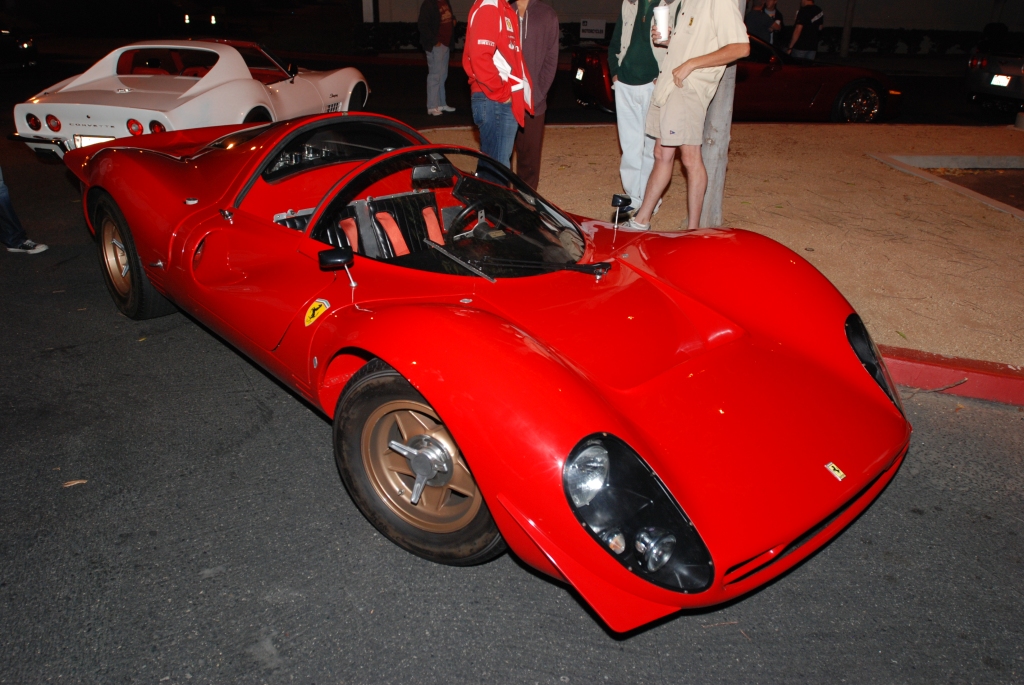 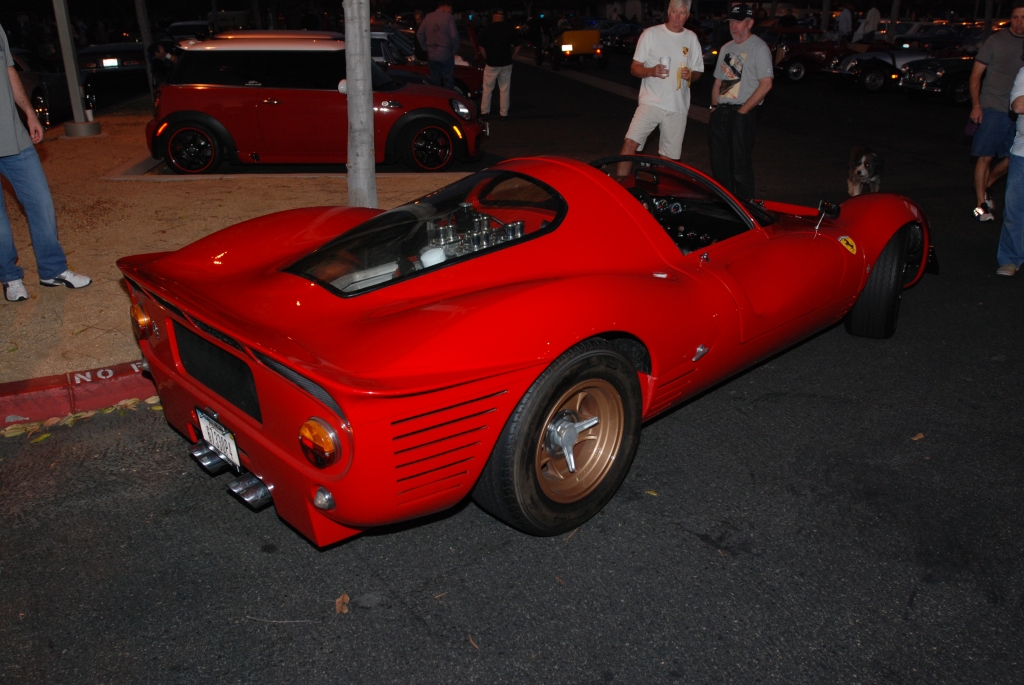 It had the Ferrari badging, gold Campagnolo wheels, and a weber carburetted Ferrari motor with racing exhaust feeding into dual mufflers, all visible through the rear window. 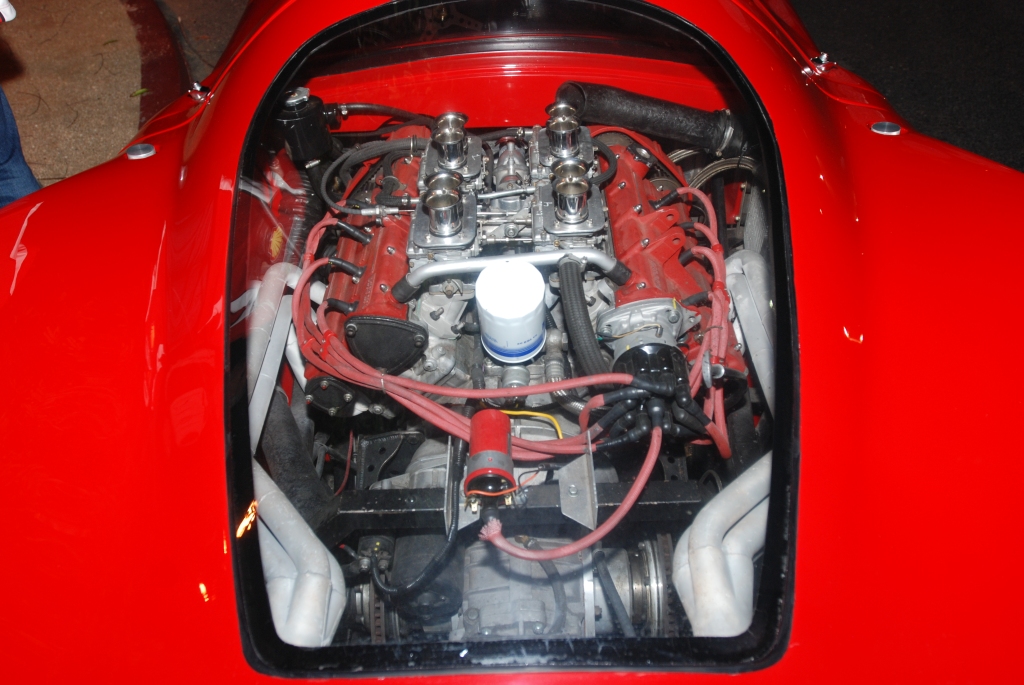 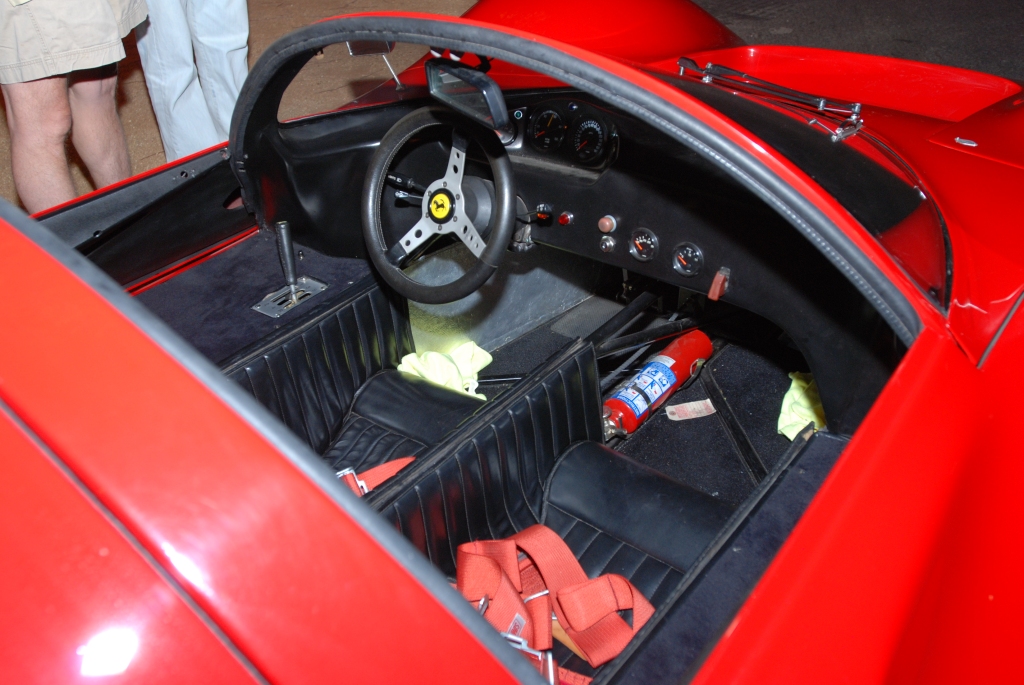 Purpose built interior with a gated shifter (above and below) 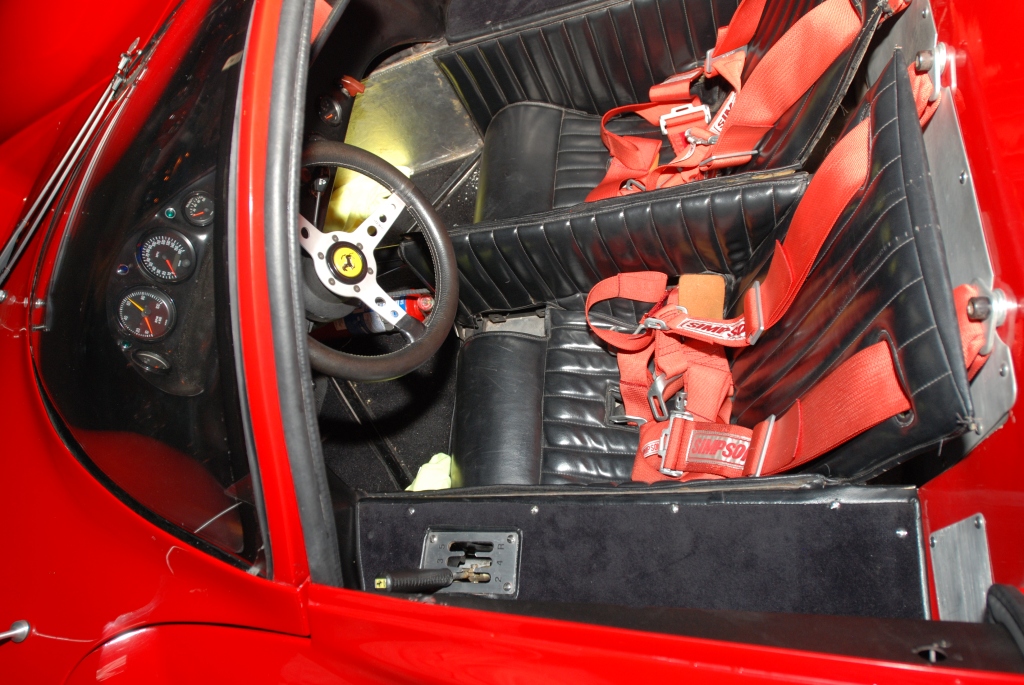 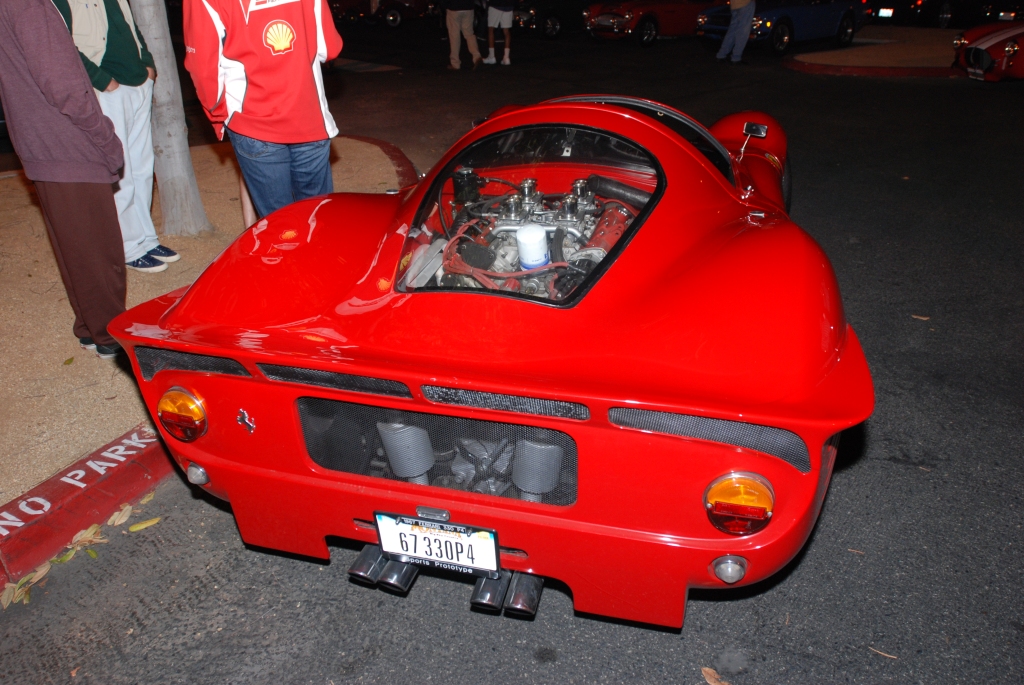 Another somewhat deceptive clue was the license plate; 67 330 P4. So the question still remained: was it really a 1967 Ferrari 330 P4? So off I went in search of an answer. After talking with several people knowledgeable about Ferrari’s, I learned the following: No, it was not an actual Ferrari 330 P4 race car, but a really cool re-creation, apparently using all Ferrari parts from a donor street car. An ideal alternative to owning a six figure, Ferrari race car, but one with the ability to be driven on the street. Kind of like the ultimate Ferrari project car… 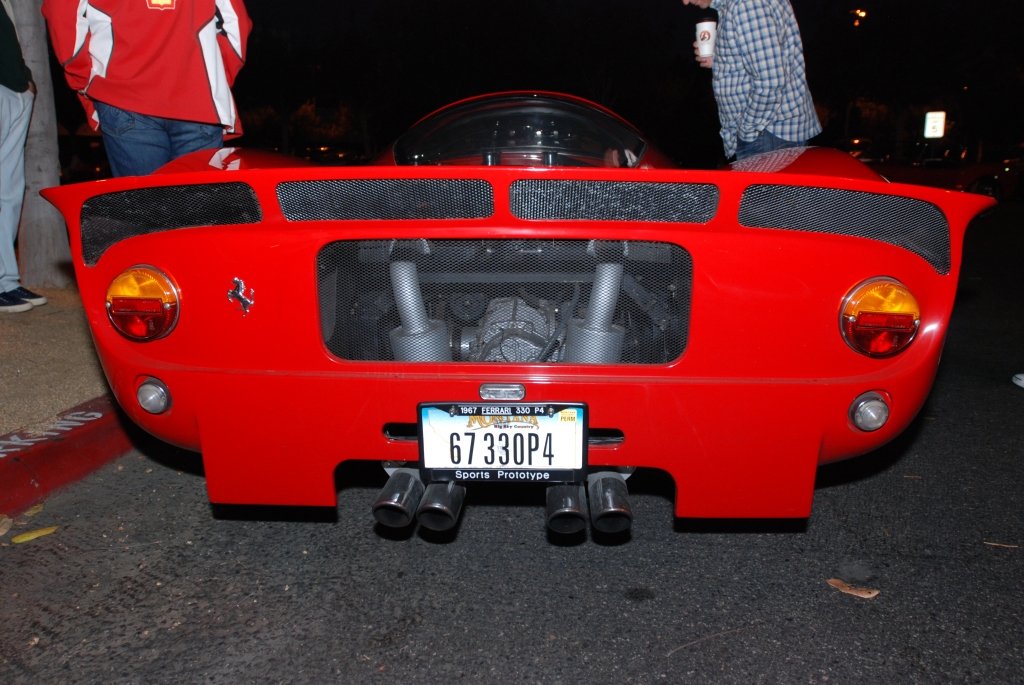 Seeing just one of these 1960’s classics is a treat, be it Porsche or Ferrari, but leave it to Cars&Coffee to deliver automotive diversity in quantity each and every Saturday morning, and for me that is what keeps me returning each week.