Saturday morning, January 4, 2014 dawned cool and clear, good weather I thought for the first cars&coffee of 2014. However, on my drive down to Irvine and just as I passed Anaheim, I was greeted by a dense fog bank that had descended across the freeway. My immediate concern was that this fog was going to remain for the remainder of my drive. A couple of miles further south, the fog broke and once again I had a clear view. But unfortunately, as I approached Irvine, and starting at the Sand Canyon off ramp, the fog reappeared, now draped over the entire region. So under the cover of fog, I arrived at cars&coffee. Much to my surprise, Porsche row was almost completely filled, and it was just 6AM !  I was lucky enough to snag one of the last two remaining parking spaces on the row. And keeping with tradition, my first stop was for my weekly donut and hot chocolate, and on this morning, hopefully it would be enough to fend off the damp, foggy morning. After grabbing my camera, it was time to begin my search for awaiting treasures.

An extensive cache of Porsches assembled along Porsche row (below). 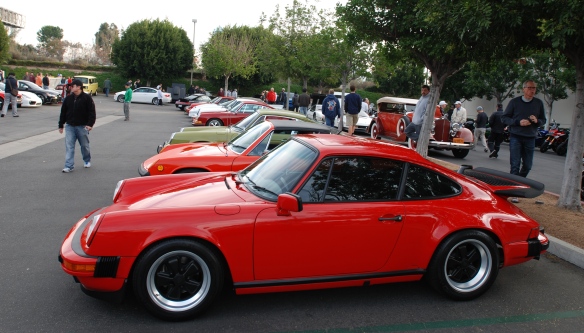 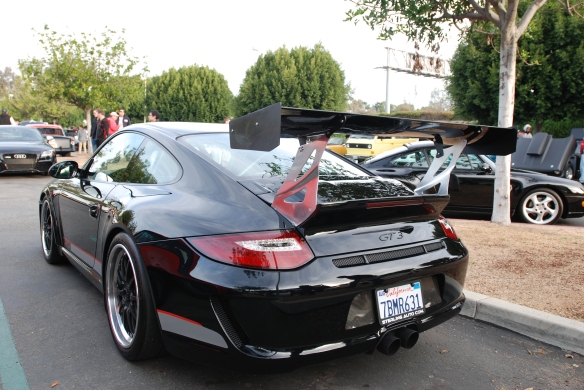 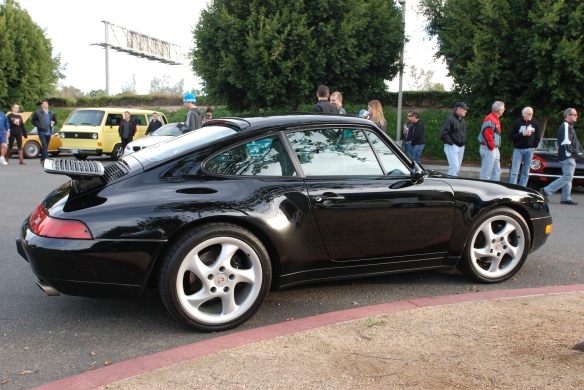 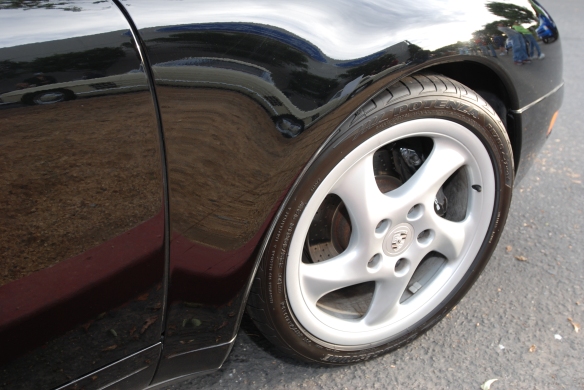 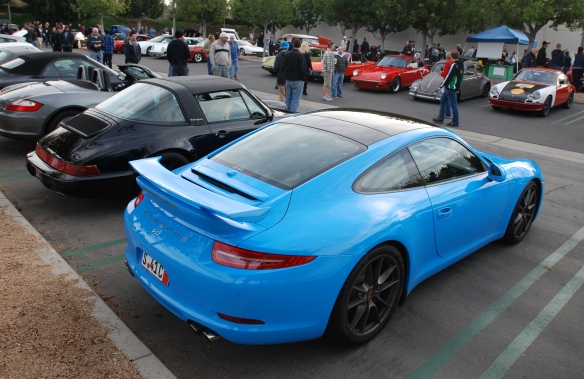 The first Porsche encountered was the charcoal gray 930 turbo below.

The second Porsche was the 997 GT3 seen below, complete with an extensive graphics wrap. 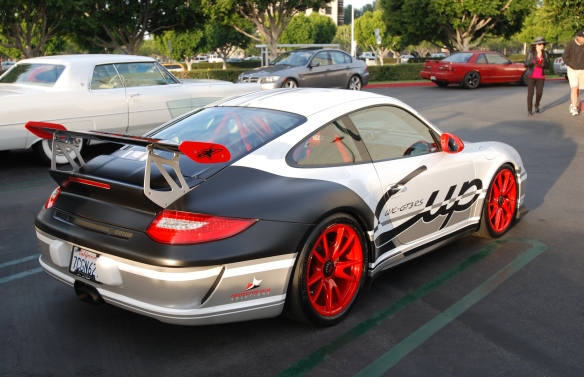 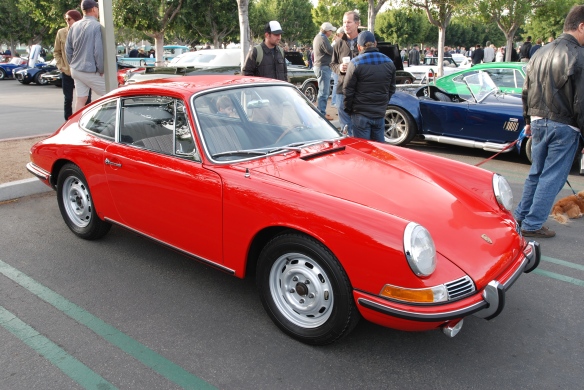 Given the number of cars assembled each week, it helps to have friends who walk the rows, and check out the cars present. That way, if something really catches their attention, they are nice enough to share their discoveries with me for photographic consideration. That was exactly how I learned of the Koenigsegg CCX, parked out in the back rows of the lot. I had only seen the car in magazines, so this was my first time seeing one in person. Not knowing much about the details relating to this car, I decided some research was in order.

I quickly learned that the mid engined super car seen below was manufactured in Angelholm, Sweden and that this was a CCX model, and equipped with the optional rear spoiler. The CCX designation stands for “Competition Coupe 10”, celebrating the 10 year anniversary of the first Koenigsegg competition coupe produced. The CCX model was produced from 2006 through 2010, with only 14 CCX models delivered.

Located beneath the rear glass window, is the Koenigsegg’s aluminum, DOHC 4.7 liter, twin supercharged V8, producing 806 bhp. Power is transferred to the rear wheels by a 6- speed transmission, reported to be good for delivering a top speed of 245 mph. 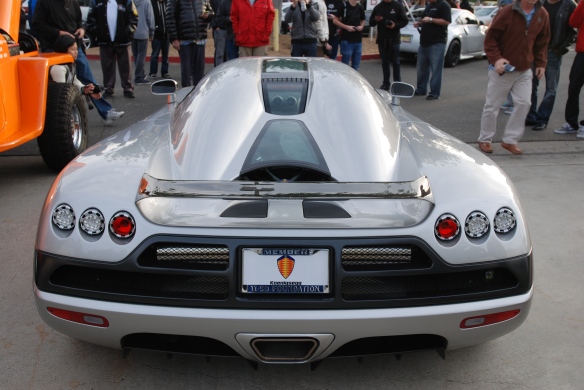 Another exotic parked only several rows away was the Ferrari F12Berlinetta seen below.

At first glance, I thought it to be a Ferrari 599, but as I got closer, I realized that it was in fact a brand new F12Berlinetta. Ferrari designed the F12 as the replacement for their 599 model, with production initiated in 2012. Propulsion for this model is provided by a 6.3 liter, V-12 motor, producing 730 horsepower, able to deliver a top speed of 210 + mph.

The wheel / tire combination for the F12Berlinetta is as follows: Front tires are 255/35ZR20, mounted to a 9.5J X 20 wheel. The rear tires are sized at 315/35ZR20, and  mounted to rear wheels measuring 11.5J X 20. Stopping power is provided by Ferrari’s Carbon Ceramic brake system (CCM), and on this particular car equipped with brake calipers painted Giallo Modena (yellow).

My last stop of the morning was to check out one of my personal favorites: the brilliant orange 2007 911 GT3RS seen below.

purpose built and exuding cool from every angle.

As southern California continues to enjoy its uncharacteristically warm winter, and with no rain in sight, the crowds at cars&coffee continue to grow each week. As a result, arrival time ( 6 AM or earlier) has become increasingly important. A late arrival will result in bing directed to the overflow lot. At least it’s better than being unable to enter the show at all because of overcrowding. Given the forecast of another weekend of warm weather, this coming Saturday morning promises to be a repeat of the last; bursting at the seams with truly amazing cars.