As the sun began to rise, word spread quickly that someone brought a Porsche 935 to the event, and now it was parked near the entrance to the overflow lot. It became obvious as to the car’s location, judging by the gathered crowd.

Being a big fan of  Porsche 935s, I was eager to check out the mystery Porsche.  As I approached, I immediately recognized this particular 935, having chased it through the viewfinder of my camera at IMSA races throughout the late 1970s and into the 80s.

Interscope Racing… Southern California’s own and Newport Beach, California-based race team, which successfully fielded a pair of Porsche 935s from 1977 to 1982. The two car team consisted of car #0, piloted by team owner Ted Field, with the second car (#00) driven by teammate Danny Ongais. Danny “On the gas” Ongais was no stranger to motorsports, having started out in the NHRA, driving top fuel dragsters in the mid 1960s. From there he graduated to racing Indy cars, and then in 1977 began racing Porsches with and for Ted Field.

The Porsche 935 seen below was raced by Danny Ongais in 1978 in the IMSA series as part of the Interscope team. It is currently owned by one of the partners at TruSpeed, a local Costa Mesa, CA based Motorsports company, and here it was, making its debut at cars&coffee, showcasing its recent restoration. 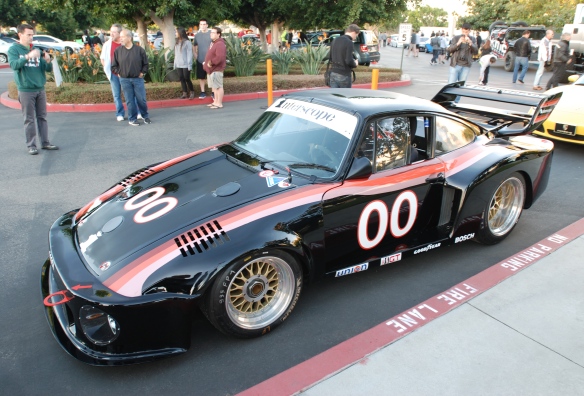 In talking with the staff from TruSpeed, I learned that the car had spent time the previous week being put through its paces at the Chuckwalla Valley Raceway, in Desert Center, California. Present for this shakedown, and handling tuning duties, was none other than Dieter Inzenhofer, one of the three founding partners of Andial, which became the premier race shop for building winning 935 motors for the IMSA series through the 1970s and 1980s. All of this work was  in preparation for a trip to Sebring, Florida, to compete in an upcoming historic / vintage car race scheduled to take place in early March. 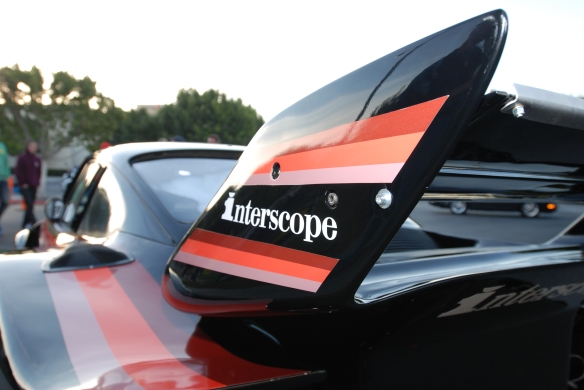 (Below) A view familiar to its many competitors back in the day; the full width, rear wing complete with Interscope graphics, massive Porsche 935 rear fenders, and centrally located, dual exhaust and peripheral waste-gates. 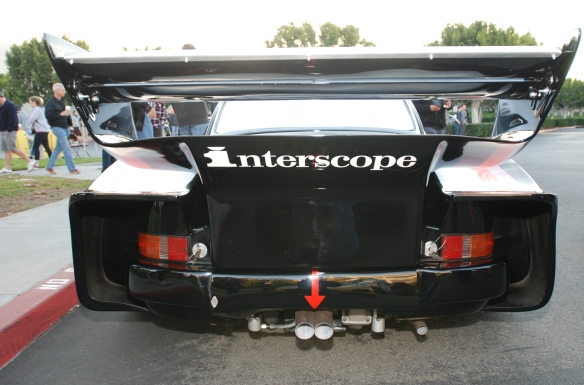 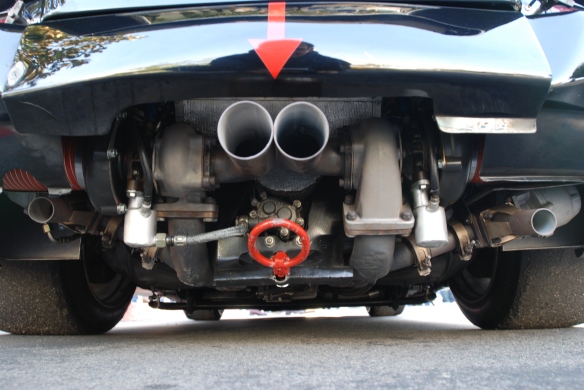 The classic silhouette of the Porsche 935, and the iconic tri -colored striping of Interscope #00, restored and ready to once again compete with its rivals within the ranks of the Historic racing community. Best of luck to the entire TruSpeed team on your upcoming competitions.