The Auto Show has once again returned to Los Angeles, and for local Porsche owners, it’s that time again to return to Petree Hall to check out the latest and greatest offerings from our favorite Marque, before viewing the rest of the show.

So on Saturday that’s exactly what we did. My wife, son and I all headed off to the L.A. Convention center, where we met up with one of my Porsche buddies.

As we made our way towards Petree Hall, the Yokohama Tire exhibit caught my attention, especially since they had a day-glow orange and silver mylar film wrapped, Porsche 911 GT3 Cup Car on display. My first photo-op of the show…

So after grabbing a couple quick shots, off we went to find Petree Hall…

Once inside, the first car we came across was a green and white 911 GT3 Cup car, and one that I happened to see compete at the recent Porsche Rennsport Reunion IV event at Mazda Raceway Laguna Seca back in October.

And here’s a shot of the same car in action, taken at Rennsport Reunion IV… (This car was also the winner of the 2011 ALMS  GTC class Championship)

The central focus of the exhibit however was on the two new models making their Los Angeles debut; located to the right was the new 2012 Porsche 911 Carrera S (type 991), 3.6 liter, 400 horsepower, with a 7-speed transmission. 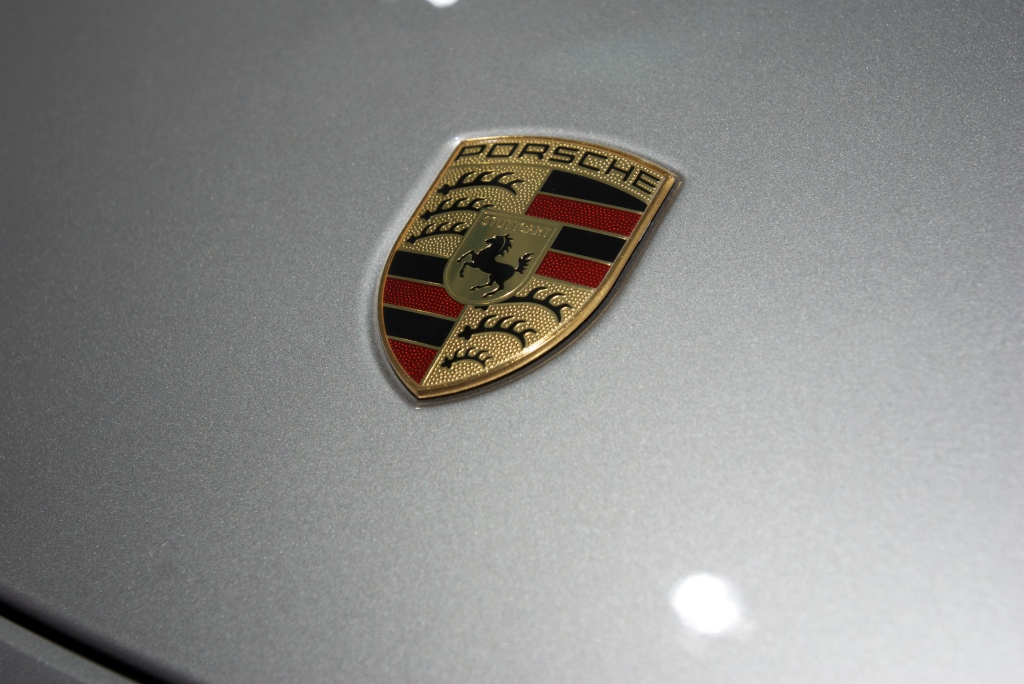 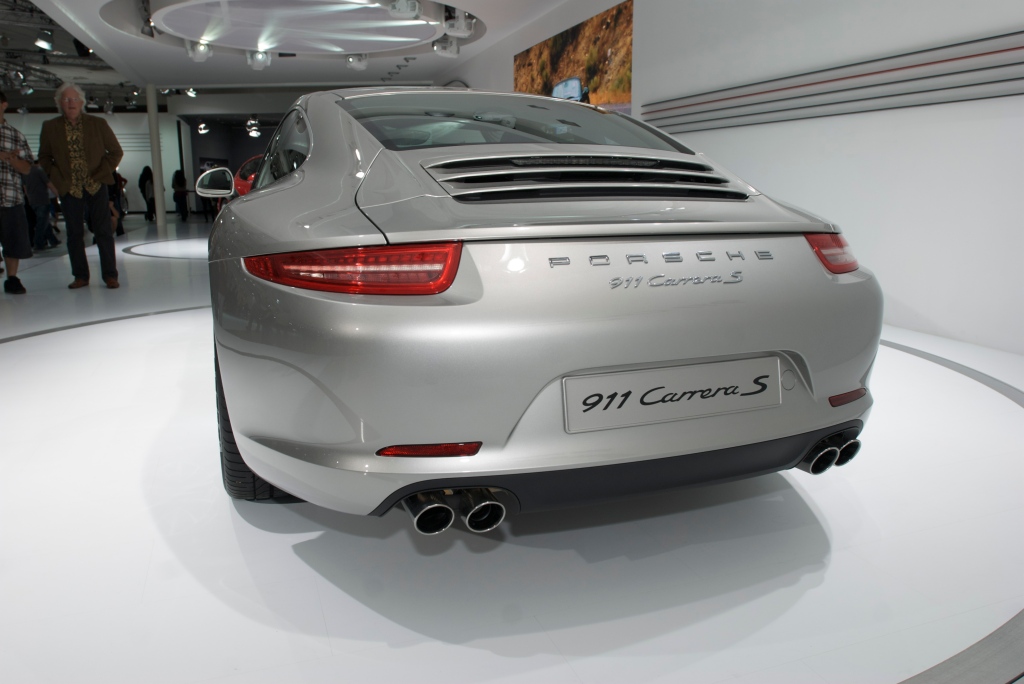 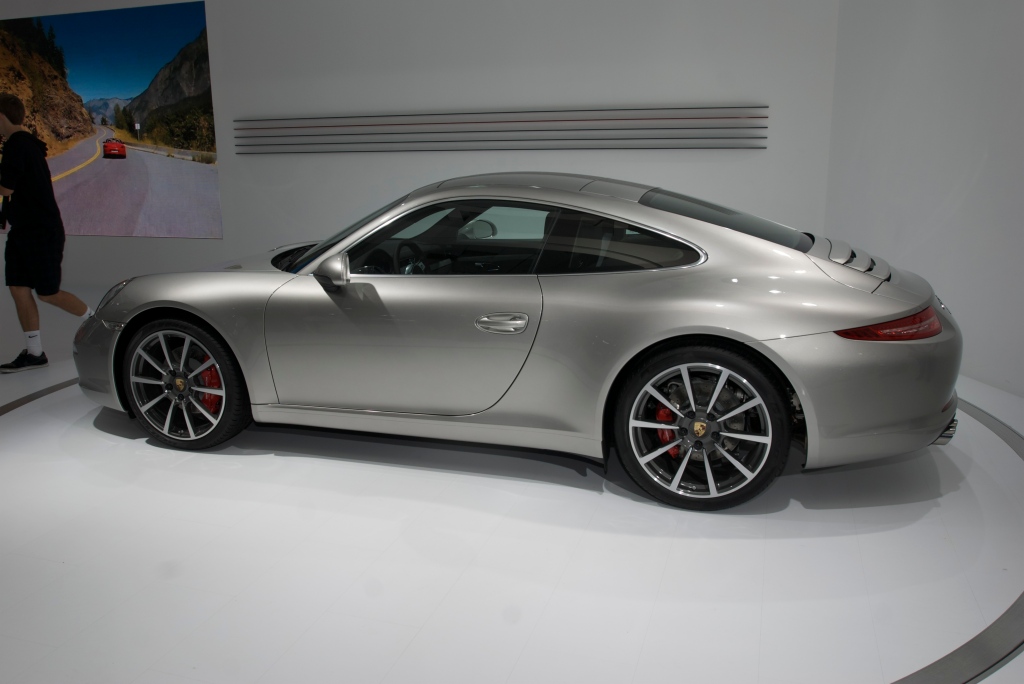 And located to the left of the Porsche Type 991, was the other new model making its debut –  a Carmine Red (an exclusive color to this car) Panamera GTS… 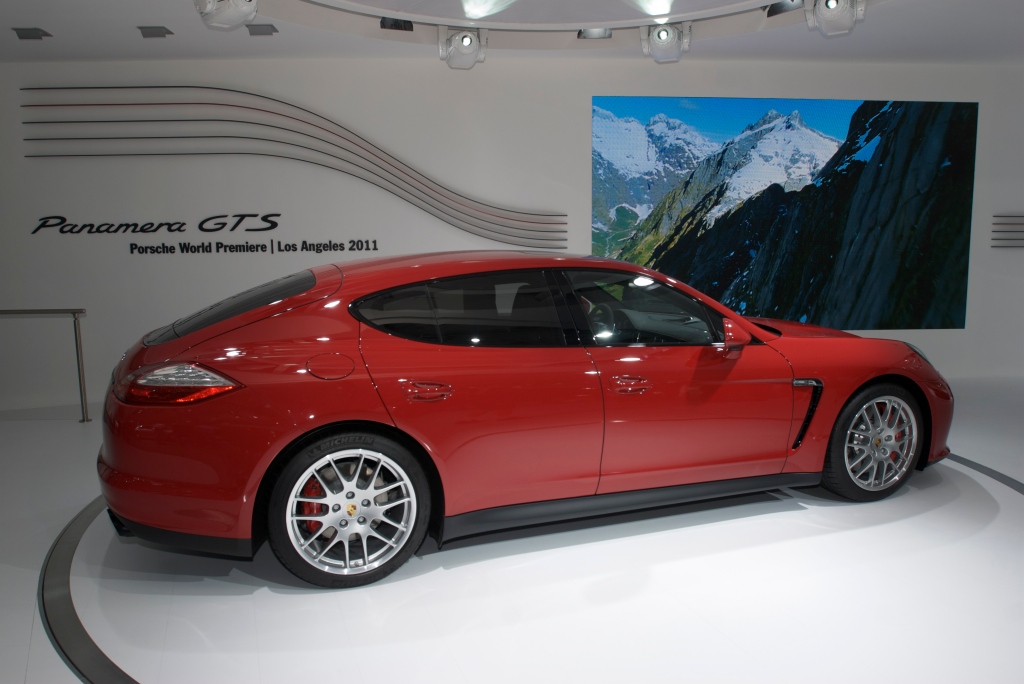 The new Panamera GTS is based upon the Panamera S, and comes equipped with all wheel drive, a 4.8 liter, 430 horsepower motor, upgraded brakes ( with optional PCCB brakes  / in yellow), a suspension lowered by 10 mm, and a high performance sport tuned chassis with revised Porsche Active Stability Management (PASM).

Surprisingly low-key and casually placed against the wall, to the right of the Porsche 911 Carrera S (Type 991), was this display model (see photo below), showcasing the new Porsche Experience Center, having just been announced by Porsche on Thursday, November 17th. 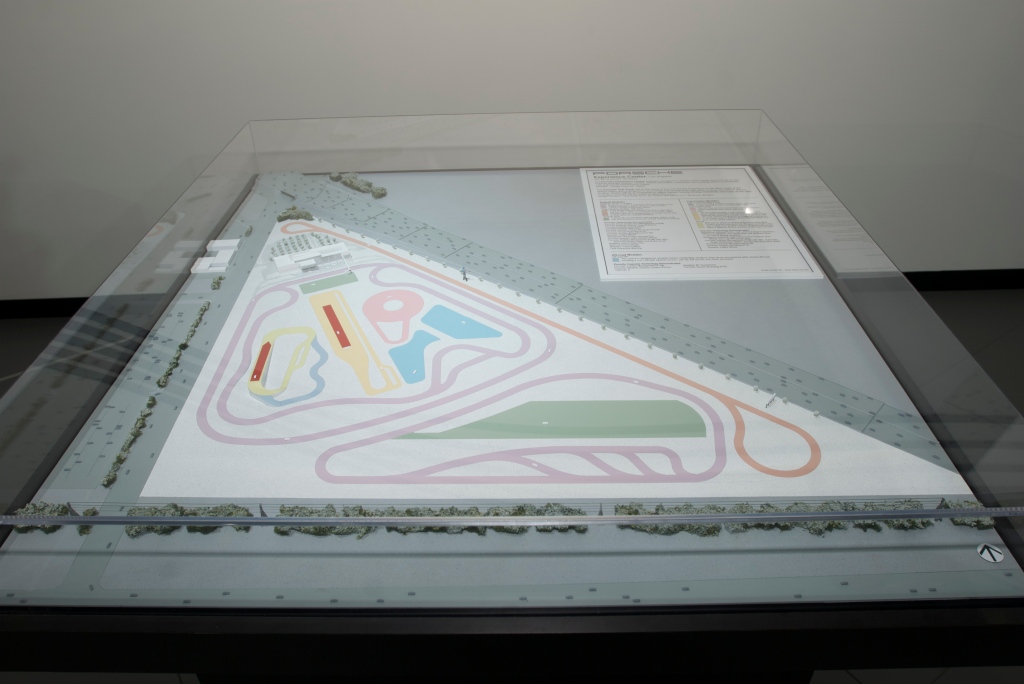 The California-based Porsche Experience Center is being designed to include a test track and handling course, with special areas able to replicate rain, ice and snow handling conditions, as well as a separate off – road course to exploit the attributes of the Porsche Cayenne, a Customer Delivery Center, the Porsche Human Performance Center, a Gift shop and Cafe. Also available will be performance driving courses, for students of all ages, and even special programs geared towards educating young children. The facility will also provide track access, corporate and conference space, access by car clubs, and support Corporate client based events.

A slightly different aspect to the Porsche Experience Center will be their Porsche Human Performance Center, which will focus on personal fitness, wellness and offer training for drivers interested in serious competition. The program will address subjects such as hydration and the importance of heat acclimation.  (I recall reading an article in Excellence magazine about Patrick Long , that when not road testing cars for their article, his habit of driving Porsches with the windows up and the heater going full blast in the summer; those comments now make perfect sense given Patrick Long’s success and abilities behind the wheel of a race car).

The project architect selected for this project ( buildings and facility) is the firm Cooper Carry, out of Atlanta. The test track Architects and engineers  (for the driving facilities) are the firms Giffels / IBI and Tylke Engineering. Ground breaking is scheduled for the summer of 2012.

For a sneak peek at what we can expect to experience at the California-based Porsche Experience Center, check out the following link to Porsche’s Silverstone facility: http://www.porsche.co.UK/experience

The following photos are a few of the other Porsche models on display throughout Petree Hall.  Just like in previous years, some of the Porsches are unlocked and can be sat in, and some remain locked. However, this year to my surprise, one of the two 2011 997 Turbos on display was actually unlocked, and as a result, had a huge crowd waiting for their turn to be the next to sit inside. Unfortunately, the blue turbo was getting covered in fingerprints, and I actually saw several small children running across the leather seats… both a Porsche owners nightmare. 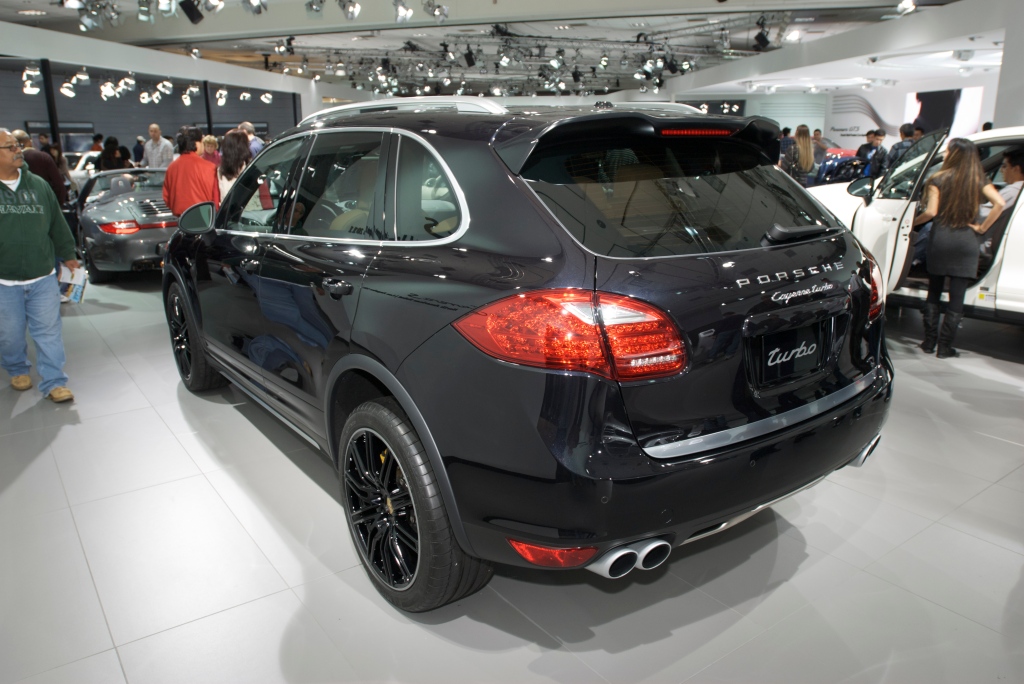 The stuff dreams are made of; my son and his girlfriend both enjoying a Porsche moment…